Can I Add Supplements To A Used Garden Soil To Use Again Next Year? 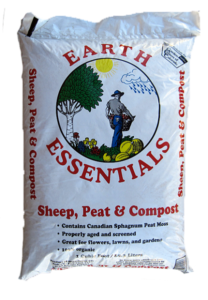 Rested soil is more fertile! Since ancient times, cultivators of the land have found that by planting the same crop on a piece of land, several years in a row, the production decreases in time. They concluded that the land was “fatigued” and should be allowed to “rest”. Therefore, they moved to cultivating another parcel. Returning, after a few years, on the same parcel, they obtained good results, with the same crops, so they considered that the land was “rested”.  Look to The Richlawn Company for soil supplements to enrich the ground in which you plant.

Each agricultural crop consumes certain nutrients and in certain quantities, from a certain layer of the soil, depending on the root development. The same is true about water consumption. No wonder that returning year after year, with the same crops, on the same parcel, you will eventually realize that the soil is depleted of nutrients and therefore it will no longer be 100% fertile.

“Soil fatigue” is biological in nature, not chemical, and cannot be solved by applying supplements. Only the alternation of cultures, according to certain well-established criteria, can combat this phenomenon.